Bhaderwah, a small town in Doda district of Jammu and Kashmir is known as a famous destination for innumerable number of pilgrims and adventure seekers across the world due to its enriched tourist spots. The rugged terrains of this beautiful town are perfect for various activities related to many adventurous sports and it is seen that thousands of visitors gather here in this small town in order to enjoy such adventurous challenges. Besides the adventurous sports this beautiful town is known for its huge gathering of pilgrims and devotees from all around India.

Bhaderwah boasts of a rich culture which is reflected through its festivals and fairs that are celebrated every year with great enthusiasm. Among the various fairs in Bhaderwah, the Mela Patt fair is worth mentioning. This fair is attended by countless people, irrespective of their religion. The fair is believed to be related to the Middle Ages and hence it holds a special position among the other fairs that are celebrated in the Doda district. 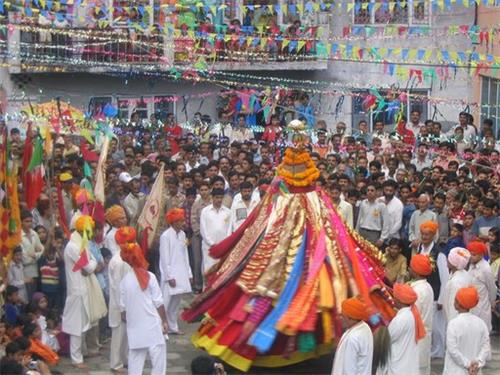 According to traditions, Mela Patt was formed way back in 16th century and was inaugurated by Raja Nagpal of Bhadarwah then with the blessings of Lord Nag Vasuki. As the history conveys, Raja Nagpal was summoned by Mughal Emperor Akbar at his darbar. Raja Nagpal entered Akbar’s darbar and took a seat without bowing infront of the emperor. Before the Mughal Emperor could take any radical decision, his ministers skillfully sought Nagpal’s appearance the next day. Nagpal had a restless night and in a glint of sleep, he visioned Nag Vasuki blessing him to attend Akbar’s darbar.
He was to enter the darbar through a small window, head first so that he automatically bows before Akbar. Instead, he entered leg first, which enraged Akbar. But before he could summon his fatal orders, a hooded serpent appeared in the Raja’s turban.

The very sight of a hooded nag in his turban, made everyone think that he was some kind of a wizard. However, before the turban could be removed, a five hooded viper appeared. Seeing this, Akbar’s rage cooled down. Raja’s spiritual powers did impress the Mughal Emperor and in return, Akbar accorded his due place and awarded him a great deal of wealth. That incident marked the start of their friendship and Nagpal dedicated all the received wealth to the royal palace. 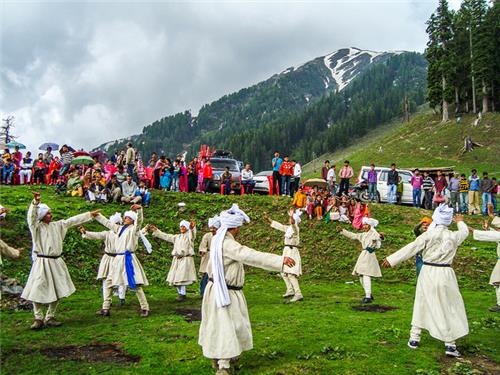 The fair of Mela Patt goes on for three days every year. The fair starts with the sunrise, around 4 am, and ends with the sunset. At dawn of Nag Panchami, a devotee carries ‘Patt ‘ or silk on his head from Raj Guru’s house and is accompanied by drum beats, horns and flute. This fair is celebrated to commemorate the incident of Raja Nagpal and his friendship with Akbar.

The Mela Patt fair is celebrated at a place called “Khakhal” in Bhaderwah in the hours of daylight. This traditional fair commences on the 5th day just after the “Kailash Yatra” i.e. on the very day of “Patharchoth” or “Vinayak Chaturthi”.