There are many destinations in India where you can choose to spend your vacation. Jammu and Kashmir is dream destination which travelers never want to leave behind. The pristine nature mixed with a thriving culture offers an exhilarating experience for those who choose to visit. Even though the land is disputed over, tourists are sure to have a hospitable trip to remember. 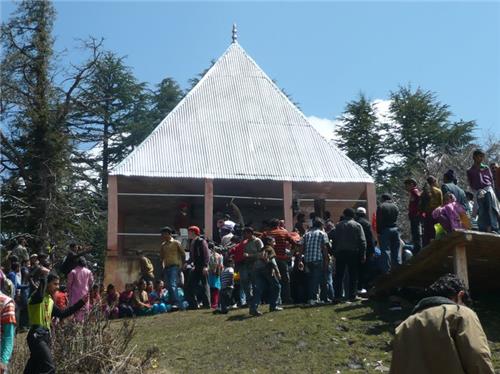 The Himalayan region is the best for those who want to experience the untainted nature. Apart from the quaint views, the rich history is sure to enthrall you. Out of all the destinations in Jammu and Kashmir you should choose to visit Bhaderwah if you are interested in Hindu mythology and heritage. Bhaderwah is a home to a large number of Hindu temples, all of which have historical relevance.

Bhaderwah is known as “Nagon ki bhoomi” or ‘The Land of Snakes’. The importance of the snake deities can be seen in the culture of the land. It is no wonder that the Subar Nag temple is one to which pilgrims flock to in Bhaderwah.  Here are some details about the Subar Nag Temple that you should know about when visiting Bhaderwah.

As per the Hindu mythological beliefs, the Nags had escaped to Bhaderwah to escape the wrath of Garur. The God Garur kept preying on the Nags till an innocent King offered himself instead of a Nag. As per beliefs the Nags continued to reside in Bhaderwah even after Garur forgave them.
The Nagacult was a prominent one in Bhaderwah for centuries. During the span of time when the residents of Bhaderwah followed the Nagacult, a large number of temples dedicated to the different Naga deities were built. Some of the temples did not survive the onslaught of time but the Subar Nag temple is the one which stands even today. The temple is over 700 years old. Subar Nag is the serpent deity to whom the temple is dedicated. As per the beliefs of the Naga cult, the devotees prayed to Subar Nag at the temple and if their prayers were granted the devotees had to sacrifice a sheep.

The temple plays a pivotal role in the Subar Dhar Yatra. On the Last day of Chet, which is around the 12th or 13th of April, the doors of the Subar Nag Temple are opened to the public. The festival is celebrated by pilgrims who make the journey to the temple. Apart from the temple itself, a large mela or fair attracts visitors to the vicinity of the temple.

You might have to go beyond the Bhaderwah city limits to enjoy the marvel of the Naga cult, but the travel is sure to be worth it once you are there.